1. The Largest in Ireland and the oldest in Europe, CARROWMORE

The Loughcrew passage tombs, also known as Slieve na Calliagh,  meaning “Hill of the Witch”. There are over 30 mounds and cairns, mostly on the two main hills.

5. Sun beam to the chamber on Midwinter NEWGRANGE

Newgrange is a passage tomb which is much older than the Egyptian pyramids, supposed to be constructed more than 5,000 years ago.

Exterior of the Newgrange mound must  be shining brilliantly, covered with white quarts.

The ceremony which only by the High King could be lit the fire to proclaim the arrival of spring at the top of Hill of Tara. 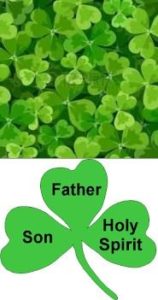 On Summer solstice day, Druid monks and believers still  have a ritual at Hill of Tara,  as well at Stonehenge in UK getting popular and overcrowded.